When Dementia affects at a younger age
0
×

When Dementia affects at a younger age 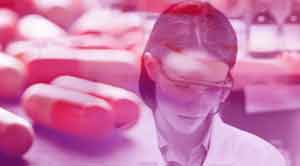 Dementia affecting a person in their 30s, 40s or 50s poses special challenges, starting with getting a diagnosis.

When an octogenarian forgets the best route to a favourite store, can't remember a friend's name, or dings the car while parallel parking on a crowded downtown street, many people aren't much concerned. Memory, sensory perceptions, and physical abilities all grow less trustworthy with age, even in healthy brains. However, what if the person is not in their 80s but rather in their 30s, 40s or 50s and tends to forget how to walk home from their street corner? Now that is a lot more worrying. While the majority of the 5.3 million Americans with Alzheimer's disease or other kinds of dementia are over 65, simultaneously, 200,000 of the affected ones are under 65 and develop substantial memory and thinking impairments far earlier than predicted.

In a July 2021 editorial in JAMA Neurology, a neurologist at the Mayo Clinic in Rochester, Minn mentioned that Dementia occurring at a young age is a disheartening diagnosis as it hits individuals in their prime years. Many of those affected are in their 40s and 50s, in the middle of their careers, unsure whether or not to retire, and possibly still raising a family. When Dementia strikes a young brain, it becomes particularly distressing and challenging even for the families to accept, and many practising physicians fail to detect it or even consider it as a possible source of symptoms. Doctors remark that complaints regarding brain fog in young adults are pretty common and most of them are benign. It has become difficult for doctors to differentiate when they are not accountable to stress, despair or worry and also young patients with dementia are rarely seen by neurologists.

However, recent studies suggest that the condition is significantly more widespread than most clinicians recognise. According to a Dutch review of 74 studies, as many as 3.9 million people under the age of 65 could be affected worldwide. Studies also reveal that, for every 100,000 people aged 30 to 64, 119 had early dementia. The accompanying editorial referred to the young-onset dementia as “an underappreciated problem” that is delayed and the knowledge about its management is “in short supply as well”.

Several studies revealed various causes for early onset of dementia. According to the Dutch study, Alzheimer's disease was shown to be the most common cause of young-onset dementia. However, when symptoms appeared before the age of 50, early-onset Alzheimer’s was a less likely explanation than two other causes: vascular dementia and frontotemporal dementia. A blockage or injury to blood arteries in the brain impairs circulation and deprives the brain of oxygen and nutrients, resulting in vascular dementia. Confusion, difficulty in concentrating, trouble organising ideas or tasks, and slower thinking are the most prevalent symptoms, in addition to memory impairments. In the case of frontotemporal dementia, parts of the brain behind the forehead and ears shrivel, resulting in severe personality changes, socially inappropriate or impulsive behaviour, and emotional indifference. Movement and memory impairments usually appear later in the disease's progression. Frontotemporal dementia usually occurs between the ages of 40 and 65, and can be misinterpreted as a psychiatric illness.

Another form of dementia seen in young individuals is Lewy body disease. This mainly occurs when there are abnormal brain deposits of a protein called alpha-synuclein  which alters brain chemistry and causes behavioural, cognitive, and mobility issues. The majority of the symptoms are comparable to those observed in other dementias, and additional symptoms such as hallucinations might be seen as in schizophrenia, but the deterioration in brain function is faster. Neurologists advise that having violent nightmares and attempting to play them out is a differentiating characteristic of Lewy body dementia.

Alzheimer's disease is still the most common cause of dementia in both young and old people. Although there is a genetic form of Alzheimer's disease that manifests at a younger age, it accounts for less than 10 percent of the young-onset disease. Though the generic factors are likely to increase the risk, in most cases Alzeimer’s occur sporadically. A buildup of abnormal substances- tau and beta-amyloid proteins in the brain is commonly observed in people with Alzheimer’s. Impaired memory, language problems, difficulty concentrating and finishing tasks, poor judgement, and visual or spatial deficiencies are among early indicators that can lead to issues such as driving errors and getting lost. Degenerative brain disease is indicated by a loss of brain cells and a reduced ability to metabolise glucose, which can be shown on brain scans.

Repeated head injuries, such as those suffered by professional boxers, football and soccer players, and sometimes military veterans, are probably the most well-known factor known to increase the risk of early dementia. There's no going back once brain cells have been damaged or gone. So, preventing head injuries is the only protection that can be done for the time being. Generally, in older people, the same inflammatory variables that cause atherosclerosis, or the clotting and hardening of the arteries that nourish the heart, can also affect blood vessels that feed the brain. Inflammation throughout the body, which is connected to diabetes and heart disease, can lead to brain alterations that increase dementia.