What is Rehabilitation Robotics?
0
×

What is Rehabilitation Robotics?

FREMONT, CA: Rehabilitation robotics is a subset of robotics that emphasizes machines that can aid in the recovery of people who have suffered severe physical injuries. It is now making significant breakthroughs into the field of physical therapy, but the effects have already proven to be remarkable in several situations.

A robot is just a machine that performs a single or a series of activities. From entertainment to industry to household management, robots are employed in a wide range of applications. The intricacy of these jobs, and the level of human involvement required, varies significantly throughout the robot spectrum, even though most robots need at least some human interaction to do tasks of any intricacy. Rehabilitation robotics is one direct path for robotics to advance as it becomes more affordable and humans' ability to autonomously increases. 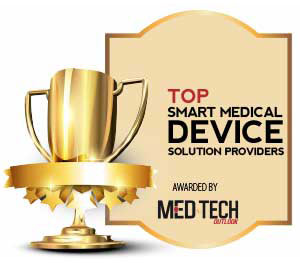 Rehabilitation robots can be divided into two categories. The first is an assistive robot, which replaces lost limb movements. The Manus ARM (assistive robotic manipulator) is an example of a wheelchair-mounted robotic arm that can be controlled with a chin switch or other input device. Telemanipulation is a technique similar to an astronaut operating a spacecraft's robot arm from within the cockpit of the spacecraft. Another example of teleoperated assistive robots is powered wheelchairs.

A therapy robot, often known as a rehabilitator, is the second type of rehabilitation robot. Neuroscience research has revealed that the brain and spinal cord maintain a remarkable capability to adapt, even after injury, when practiced motions are used. Therapy robots are machines or gadgets used by rehabilitation therapists to help patients practice movements with the robot's assistance. MIT-Manus, the first robot employed for such a task, assisted stroke patients in reaching across a tabletop if they were incapable of doing it independently. The rate of arm movement recovery was enhanced in patients who received additional therapy from the robot. The Lokomat is another therapy robot that supports a person's weight and moves their legs in a walking pattern across a moving treadmill to train them to walk after a spinal cord injury or stroke.

Rehabilitation robots have numerous advantages. Several therapists work with one patient in the existing physical therapy model to support their limbs and help them move in the initial phases. With a robotic exoskeleton, just one therapist is required for rehabilitation, with the robot offering help and moderating the patient's movement. A robotic exoskeleton also provides a more constant training routine. The robot monitors the patient's development and adjusts the stress level as needed or recommends changes to the human therapist in charge.