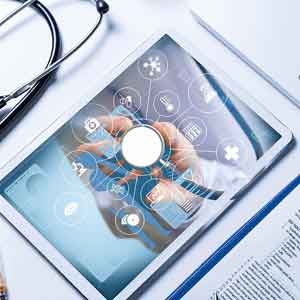 Robotic and Laparoscopic Surgery are both a type of minimally invasive surgery which are now commonly preferred by doctors as well as patients for the benefits they have to offer.

Fremont, CA: If surgery is required, the doctor will likely prescribe a minimally invasive procedure such as laparoscopic surgery or robotic surgery, both of which employ smaller incisions and specialized devices. Both of these procedures have significant patient benefits, making them the favored method for various surgeries.

Robotic surgery (also known as robot-assisted surgery) is a type of surgery that uses robotic technology that is specifically developed for medical procedures. These gadgets have surgical arms that the surgeon can control. The arms are fully articulated, meaning they may move in a wide range of directions even through a small incision. The surgeon uses unique portable gadgets and real-time video monitoring with cutting-edge imaging technology to guide the arms. In many forms of surgery, robotic technology enables greater precision and accuracy.

A flexible, illuminated gadget known as a laparoscope is used to see within the operative site during laparoscopic surgery. The scope has a tiny camera that provides comprehensive, real-time images to a television monitor, allowing the surgeon to see the spot clearly and magnified. Laparoscopic surgery also makes use of specialized devices that may be inserted through small incisions. The laparoscope can be used to diagnose medical conditions in addition to performing surgery.

Minimally invasive surgery has a number of advantages for both the patient and the surgeon, such as:

Both laparoscopic and robot-assisted surgery requires very small incisions compared to traditional open surgery, which uses a large, single incision. That implies that scars will be less apparent following surgery.

Complication risk can be mitigated

In addition, the smaller incisions lower the likelihood of problems, such as infections during and after surgery. Other risks, such as severe bleeding or nerve injury, are significantly decreased. Furthermore, if a patient gets a minimally invasive surgery, they may spend less time under anesthesia.

Smaller incisions and smaller equipment allow for more precision during surgery, which means less injury to the surrounding tissue. As a result, less invasive techniques are linked to less bleeding during and after surgery, as well as reduced swelling after recuperation.

It's easier for your body to mend and recoup when tissue damage is minimal. Minimally invasive surgery can help you get back to your regular activities faster, in addition to a faster recovery.