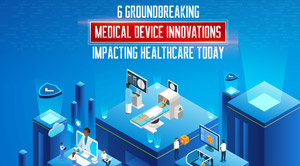 Modern and innovative medical devices are bringing advancements in the healthcare sector.

FREMONT, CA: Technology is revolutionizing almost every industry today, including the healthcare industry. All medical professionals must be up-to-date with these medical innovations. The future of healthcare heavily depends on technological advancements in the field. From robotics to nuclear medicine, advancements across the healthcare sector are driving growth in the industry.

Here are four such medical device innovations that are changing the healthcare landscape:

The notion of remote surgery and remote telesurgery units was investigated by NASA and the US Defense Advanced Research Projects Agency (DARPA) in the 1970s, laying the groundwork for robotic surgical systems. The surgical robots PUMA 560 and PROBOT were introduced in 1985 and 1988, respectively, while ROBODOC was employed in 1992 to more efficiently prepare a cavity in the femur for a hip replacement than humans.

Robotic surgery has several advantages, including the ability to do surgeries with minimally invasive incisions, improved surgical dexterity, and remote surgery. Equipment problems and a high cost are among its disadvantages.

Nuclear medicine is a medical specialty recognized by the American Medical Association in 1971. Next-generation SPECT cameras are already being employed to reduce system footprint and patient radiation dose. Nuclear medicine has several advantages, including its noninvasive nature, cheaper costs, and the capacity to diagnose the disease at an early stage. The disadvantages include minor pain and redness generated by the radiotracer injection. It can be used in medication development as well as radioimmunotherapy.

Telemedicine began in the 1920s when radio was utilized to deliver medical advice to shipboard clinics. Telemedicine was first deployed in the military in the 2000s, and recent technological advancements include triage bots and improved video connectivity for patients and physicians. Telemedicine is divided into three categories: remote patient monitoring, store-and-forward, and real-time. Telemedicine has several advantages, including enhanced convenience, increased care access for rural patients, and increased provider productivity. Potential fragmentation of patient records, security issues, and subjective reimbursement rules are all its disadvantages.

The invention of AR and VR in the 1960s paved the way for the first commercial VR tools to be released in the 1980s, the same decade in which the US Air Force developed the first flight simulator. Enhanced learning efficiency for healthcare practitioners and increased empathy by allowing someone to understand the impact of a sickness or condition are two advantages of AR and VR. The most significant disadvantage is that it is ineffective for conveying dense content seen in medical journals. It can be utilized for surgical visualization and patient and clinician education. 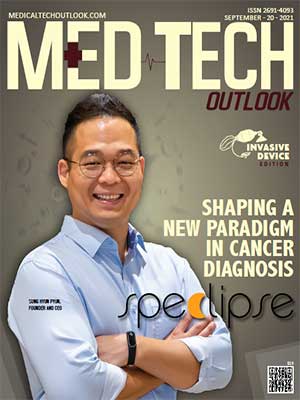 What Features Should a Pain Management EHR Include? The Advantages of Using Biomechanics in Physical Therapy High Blood Pressure Consequences and How to Monitor it